Who is Giannantonio Negretti 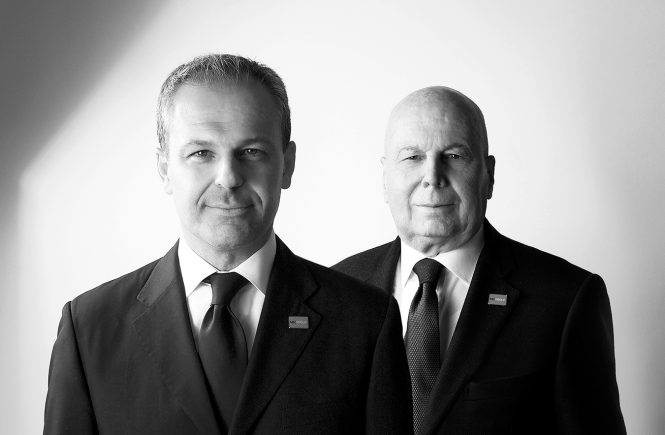 Giannantonio Negretti is an entrepreneur from Brescia, philanthropist and visionary by vocation. Known as a Pioneer of Beauty thanks to his business philosophy that looks beyond traditional business practices.

President of NG Group Universal, son of the historic founder Giancarlo Negretti, he has been at the helm of the group for 30 years, promoting progress in the Beauty world and promoting scientific development alongside humanistic research.

A deep and acute observer of humanity, he places the individual and his relationships within society – distorted in their primary needs – at the center of his investigation, directing the entrepreneurial focus towards an awareness of their real needs.

With him comes the idea of a new Renaissance of Beauty through Humanistic Cosmetics, starting from the rediscovery of solid ethical principles that must permeate the essence of the commercial product. It is in the meeting of demand with supply that prosperity is generated.

He is the founder of the Relational Anthropological Laboratory, flagship of the group. An excellence in the international panorama of cosmetic producers. An Agora that focuses on dialogue as a social, ethical and scientific gift. Doctors, scientists, academics meet there overcoming the challenge of individualism in the sector and creating a network of avant-garde cultural relations that nourishes the inspiration and direction of the Research and Development Laboratory. Networking is the basis of the business philosophy.

Since his youth he has been involved in the family business: he follows in his father’s footsteps from which he learns values such as integrity, sense of duty and responsibility; he brings a strong modernist push in the sector; he contributes to expand the business outside national borders, reaching markets in more than 130 countries around the world.

Fundamental in forging his character is the experience as Commanding Officer in the Alpine Military School of Aosta, where the values transmitted by the family are consolidated – “in a granitic way” he says – thus influencing his activity as an entrepreneur. He lives the academy and acquires the educational heritage that marks him indelibly in thinking, acting and socializing. The alpine mentality has no demagogic contaminations, is free from conditioning, teaches to think with his own head but at the same time forms the discipline of the individual.

Father of two children, he addresses himself to the education of young people, in particular to empathy and the feelings that go through them. Young people suffer from a kind of emotional illiteracy and are often underestimated and demotivated. From this reflection come to life several projects, taken care of personally, which are integrated into the school education in the institutions of the sector up to the professional activity. Within the company itself he promotes meetings with young people who want to approach the world of Beauty to make it a profession in which to really realize themselves.

Fascinated by all that is project, evolution, future, he dreams of offering a cultural model to society, convinced that being part of the universe of Beauty is a way to be socially useful and responsible.

He is personally committed to bringing quality to the world of cosmetics but with a more noble purpose: to give Beauty, Wellness and Prosperity in the lives of men and women.